I hope you’re all having a good day! So today’s one of those days when I’m providing you with my opinion on people’s fashion on an award show’s red carpet. Yasssssss I’m so excited!!!!

So on Sunday, the AMA’s happened, and that means I’m reviewing the fashion! I’m having 3 exams this week and tons of homework but there’s no way I’m not making this post. Nothing’s stopping me!! 😈😈

Ok so the first time I saw this was when I went to YouTube on Monday and the first thing I saw was Clevver’s Fashion Review of this award and freaking SELENA was blonde!!! Whut?

This is totally unexpected, I mean, I never thought this was gonna happen, I thought Selena was gonna stay brunette for the rest of her life!! 😱 I had actually thought of this before and I never thought she would look this good as a blonde!!

I usually don’t like when people leave the roots untouched, but this looks really good on her, argh, she looks gorgeous!! 😭😭

Ok now let’s talk about the outfit cause I could go on and on with the hair. 😅

It’s very different, I’ll give her that. But I don’t know, I feel like an normal person could wear this to the club on a Saturday night. Also, it’s too short. And I’m NOT SAYING THIS because I’m a nun, I’m saying this cause what if her clutch drops and she has to pick it up? Everyone will see her butt!! Or maybe that’s what she pretends. 🤔In that case I’m fine with it. 😂

Ok so I’ve never reviewed this girl on my fashion reviews, however, I’ve seen her many times and she’s very origial with her outfits.

AND DIS IS MA FAVE!

I love it!! You know? I’ve thought this many times, when I grow up, if I were a singer and went on a red carpet, I would totally wear something like this!! 🙏🙏 Pantsuit + bra underneath = Idk how to describe it cause it’s so cool!! 😍😍

I love her hair!!! I actually was never really a fan of the wet look, cause it looks moist and sometimes greasy, but I think the only was it looks good is at events like this, cause you can wear anything and people will think it’s high fashion. 💁

I always love her makeup; long lashes, natural shadows… I also LUV her eyes and brows!!!! 😍

Oooh ooh I forgot the shoes, love them!!

Ok, let’s calm down and talk about the outfit.

I love it!! I love the color of the jacket, it looks SO GOOD with black!! What I don’t like about the blazer is that if you look at his arms, it looks a little short for him, like a kid who wore a pantuit for a wedding and now he’s going to prom, he’s going to wear the same thing, but he’s taller now and it doesn’t fit well. 😂😂 He has a lot of money, couldn’t he buy a bigger one?

Also, I don’t like his tight pants, I mean, his legs are TOO THIN it looks like you could break ’em easily, at least you could hide that with wider ones. 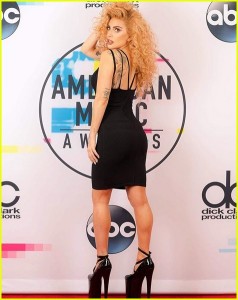 This is so her and so different at the same time. I mean, I like it, it gives me like 80’s, rocker and drag vibes, and I really like the three, but idk, as Lady Gaga, you have to wear something more than just a dress and some high heels.

Yas, I STILL MISS THE OLD LADY GAGA, I’m still not over it. 😪

Also, the heels!!! She masters them!! It’s rare not to see her with those! I admiore her for wearing heels like that so confidently, I would break my ankles every time! 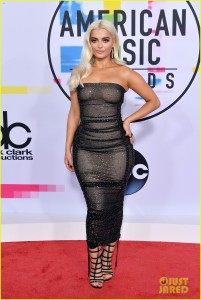 As this is not “body review”, I’mma just go on. I don’t hate the dress, it¡s too normal but we’ve just talked about that. I think she’s a little too tanned, I mean, for how tanned she usually is, maybe this is what she was going for, who knows?

I like the sandals, they give me Ancient Roman vibes!! I LUV that!! 😛😛

And dat was it, I didn’t thinkI was gonna sat this many thing about the outfits, I’m happy!! 😊

I hope you guys liked my fashion review as much as I liked making it, this was so fun! I ove making these things!! I hope you guys have an amazing day/night and week. Now I’mma go study!