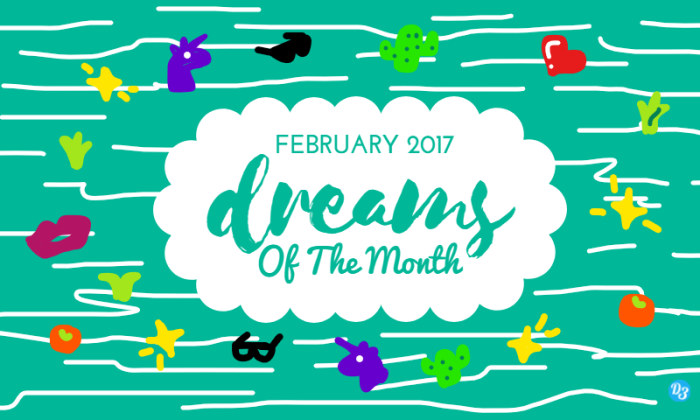 I hope you’re all having a great day! I’m sorry I’ve not been posting twice a week lately, exams don’t get over *cries* But that’s not the case, let’s be happy about our lives people!

Today I’ll be sharing more of my subconscious experiences, this month I had quite a few interesting ones. Hope you enjoy! 😄

Dreams of the Month:

I dreamed we did something like a secret Santa but it wasn’t Xmas anymore. It was organized in school, my class didn’t organize it, but another class. The friends that were in that class, invited me, I accepted. And of course I delayed buying the presents until last minute.

Then, I remembered the very last day. 😅

And so I went to Primark and see if I could but something for everyone that didn’t cost my life, liver and half of my thigh. I think I made it in the end. 😝🎉

I had a nightmare. But I think I could control it, because everything that happened, I’d say it or “imagine” it first.

Then I woke up.

I dreamed the high school principal took me and couple other friends to the school’s cafeteria. *weird* I think it was related to biology class or something *he’s the biology teacher 😏 *. It was break time, the sun was effing dazzling. 😖

When we got there, there was a long table next to the wall, with FOOD!!! 😍

It was a sorta catering. There were some other students picking stuff. I grabbed some spanish omelette, it was really big! 🤤 *I don’t know if that’s what he wanted to show us* I also saw my history teacher eating omelette.

I dreamed me and 6 or 7 other friends (all girls) were called out of the class because apparently some people from idk where came to do a casting. The chose us 🤨

So we went to the assembly hall (if I can call it that) and 5 of my friends were chosen to perform.

Me and other 2 were left out. I wonder why they called us if we were not going to be cast. meh

Then I heard a really cool song I didn’t know the name of. I shazamed it. 🙃

I mean, this month was short, and I don’t remember the dreams I might’ve had these days. But 20 is actually a good number!

I know this was a little late because it’s already March, but I forgot to post this earlier and I had exams and projects and lol literally there’s thing you think are gonna take you like an hour and then they take you the entire afternoon 😂😂 #LoveMyLifeTho

Do you remember any dreams you had these days? Or ever? Do you dream of school often? I do. How often do you get nightmares? Do you have lucid dreaming (can you control your dreams)? Tell me erryting!

I hope you guys liked this post as much as I liked making it! After dis I’mma go eat and study. I hope to post a fashion review for the Oscars! Have an awesome day/night/week!