I hope you’re all doing great! And because you care so much about my life, you know what, I watched Ready Player One just yesterday and obviously I had to post this!!

It was released in March, so last month. It’s based on a book called obvs, Ready Player One 😂😂 Anyway, let’s do the review:

I’m gonna make A LOT of spoilers, lots of them, I’m basically gonna tell you EVERYTHING. This movie’s plot is a little hard to explain for me, as I’m not good at explaining things without ruining them, I’mma make spoilers. Sorry. Don’t read this if you wanna watch the movie sometime.

This movie takes place in 2045, supposedly.

Ok so there’s this poor guy (literally poor), called Wade, who lives in a place where literally is accumulated. He, his aunt and her boyfriend live in a caravan. His parents  had died.

He plays videogames in this virtual world called Oasis, where you can do ANYTHING you want. Most people in the world plays that game, because it’s a way of escaping the awful reality. He’s called Parzival in the game, his best is called Aech (who turns out to be a girl in real life).

He meets this girl, Art3miss, named Samantha in real life, they end up together, they met during a competition…

The creator of Oasis, Halliday, died and made a competition, you had to get 3 keys to unlock an Easter Egg and that would make you the owner of the videogame and be incredibly rich. Apparently, that game was the most powerful resource in the world.

So this wonderful guy, Nolan Sorrento, (CEO of Innovative Online Industries a.k.a. IOI)  wants that egg and be the owner of the game and be the richest Company in the world (I think they were the third or something), he plays that game too. His employees also play that game, they’re all competing to find the egg. As Wade is winning in the beginning, Sorrento pays a gamer hitman to kill Wade in real life, but they fail, obviously. He also kills his aunt and her boyfriend in real life, in an attempt to kill him, it’s effing serious!

So most of the movie is hard to understand, but most of it was that, the rest are just battles and adventures in the videogame. Also, Sorrento hacks Wade and Wade also hacks Sorrento and omg you really have to watch it, it’s so funny!! 😝😝

In the end, obviously, Wade makes it to find the egg, and shares the ownership of the game along with Aech (Hellen), Samantha and the rest of their gaming friends.

I really liked the movie, I didn’t think I was gonna like it so much, I have to be honest, I only watched it because Ben Mendelsohn’s in it 😅😅. He’s also Krennic from Star Wars Rogue One,now you know why, hehe! 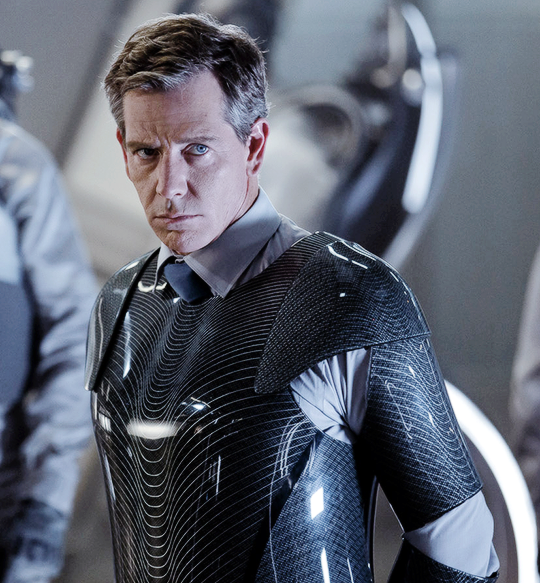 *Look at that hottie, don’t get me wrong, no one’s better than my hot teacher* 🤤

When I watched the trailer, it seemed interesting, but idk, I felt like it was gonna be like Valerian, which is Sci-Fi as well, but wasn’t so cool in my opinion.

It was really cool, the special effects were amazing, there were many famous movie references, the music was amazing (most of it was rock from the past century), it was really funny as well.. I liked it very much! It’s very different from other movies about videogames!

What I didn’t like was the romance between Wade and Samantha but I mean, I never like love stories so yeah, it doesn’t count.

I haven’t read the book, so I can’t compare them. 😕 Maybe one day I’ll read it, who knows? I’m gonna give it a 5 star rating:

I don’t really make movie reviews but the last one I did, which was the Marrowbone one got a lot of views, it’s my most viewed post ever BY REALLY FAR!! So I thought, if people like it, I shall make more 😊😊

Thank you so much!!!

If there’s any other movie you’d like me to review, don’t hesitate telling me!

Have you seen the movie? Read the book? What do YOU think of it? What rating would you give it? Who thinks Sorrento is hot? Anyone? Tell me erryting in the comments!!!!

I hope you liked this post as much as I liked making it! Thanks again for all the support! I also hope you have an amazing day/night and an amazing week!! #GoGames!