I hope you’re having a great day!! So I acutally noticed the Met Gala happened yesterday, I’m kiiiinda late, but it doesn’t matter, it’s never too late to post on thi, right?

Anyway, you know I always review 5 people? Well actually this time I not only have more time (cause there wasn’t school today) but I also liked the outfits so much I decided to review 8 people, I know it’s just 3 more, but it’s fine. 😅

First off, we must remember this year’s theme was Heavenly Bodies and the Catholic Imagination or something. 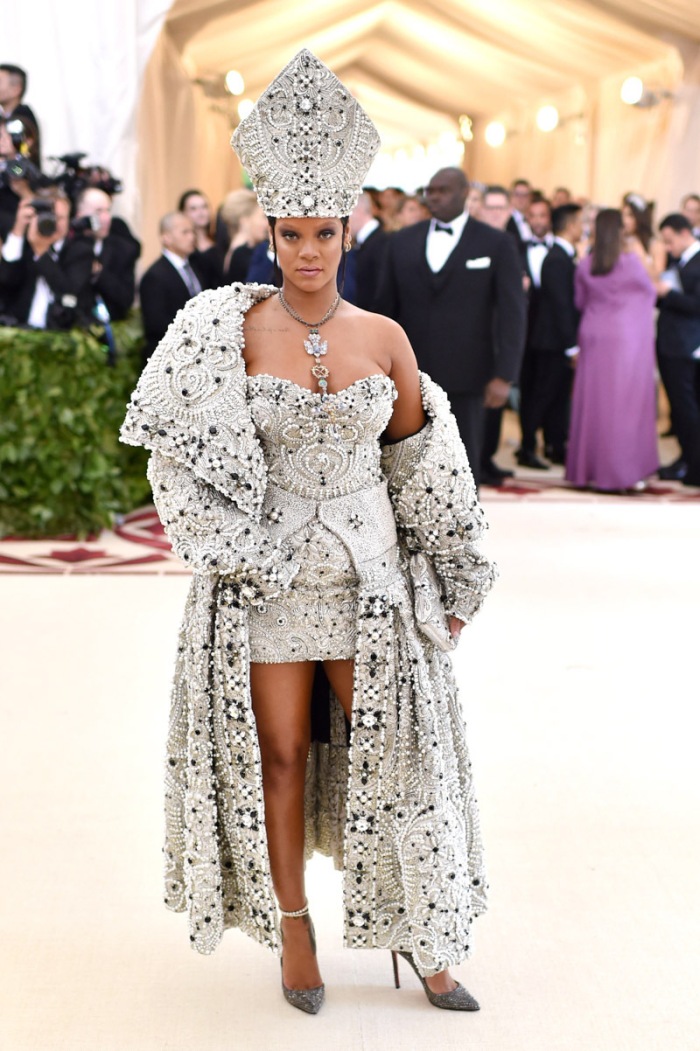 Omg so I think that out of all of the costumes/dresses/outfits anyone has ever worn in history, this is the greatest of them all!! 😝😝

I would’ve never though or maybe dared to dress as the pope, that’s an amazing idea!!! She totally made a statement!! 🙏🙏

I love the outfit, I’m in love with the cape, I’m just a little disappointed that it wasn’t longer, you know, like a cape. I also think her dress could’ve been longer, not cause she’s dressed as the pope and prude issues and shtuff, but I think it would’ve looked more spectacular.

I’m in love with this, Rihanna’s met gala dresses should be in a museum, gawd!!! 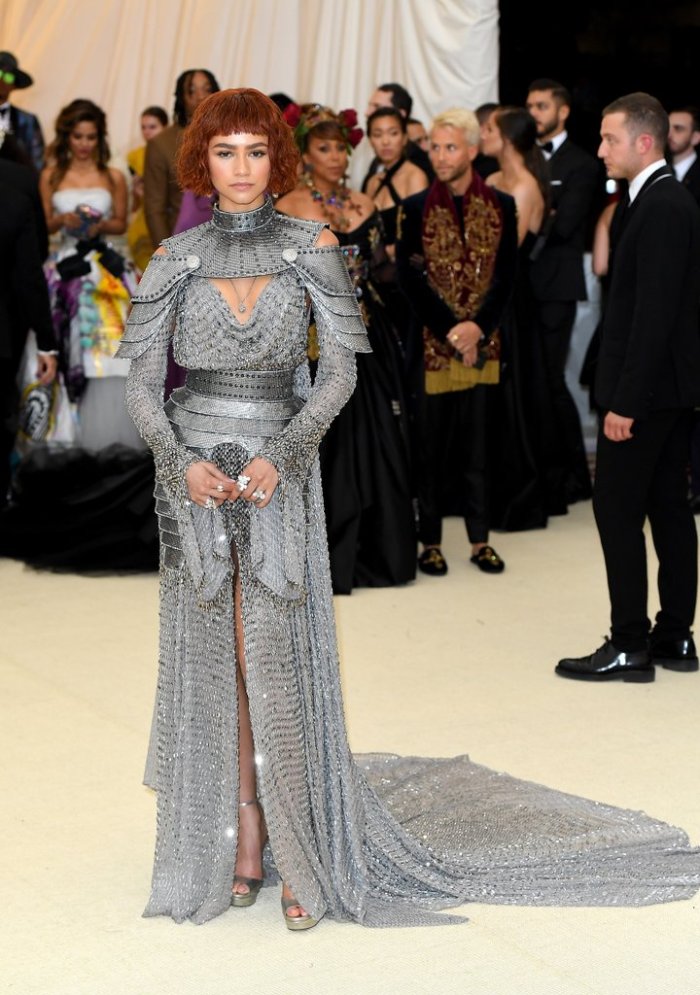 Zendaya dressed up as Joan of Arch and lemme tell ya she KILLED it!!! If she were alive, she would’ve done a slow clap like yass gurl!!! 🤗

I love the shells and the longiness of the dress, she looks argh!!!! I actually find the hair funny cause it makes no sense, but I’m all about it!!! What I don’t really like is that the chest part she doesn’t have it as a shell, which would’ve been pretty stylish!!! But it doesn’t matter, she killed it!

I’m LIVING for things like this! If this is not a subliminal message that Katy Perry came from heaven, than I don’t know what it is.

Personally, I’m not a big fan of the dress, I would’ve liked it to be longer, cause other than that it looks great! What I love tho are the boots, they are amazing!!!! And oh, the wings, what can I say about the wings? 😍

ARGH HER FACE LOOKS AMAZING!!!!!!! Literally, isn’t she a robot designed to give us hope that people like this exist? Argh!!!!!!! 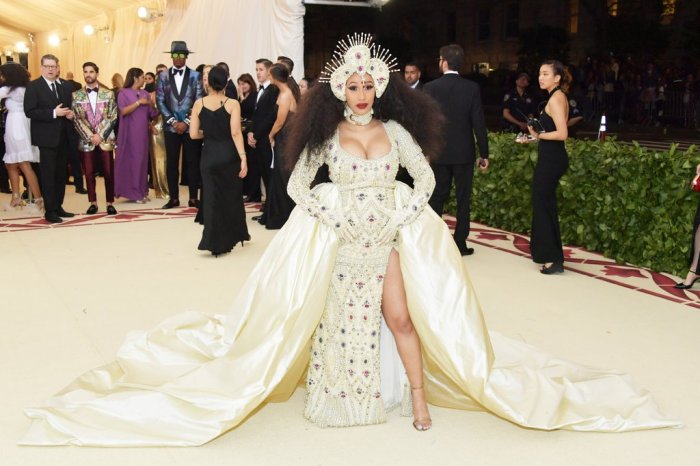 How are we supposed to feel about this? This is EVERYTHING!!

So Cardi B dressed like the Virgin Mary, she looks freaking amazing!! I like that thing on her head, or face 😅 Please tell me that choker is holding it cause otherwise I don’t know how it works.

Aren’t her boobs like, half of her body? Literally, how can a human being hold that?! Don’t answer please.

I also loved her faces on the carpet, she looked like she was holding a fart lol 😂😂 sorry

I love the dress, it looks a little corny, but she looks like a nature goddess or something. You know, I obvs don’t like it as much as the other dresses cause they were BOOM, but the dress alone, I’m into it!! Love the colors!! I like the hair, it looks a little like a wig, if you cut it at her shoulder, it would look very 50’s!

I never thought I was gonna say this but I’m actually very into this!!!

I love her short straight hair, she looks amazing!!! The makeup is also freaking good!!!! She looks like a church window lol 😂 I like that she’s wearing long sleeves, I think you can never go wrong in that. I also like her long neck thing.

I’ve been liking Jlo’s outifts a lot more than usual lately. She looks amazing, I know I’ve already said it.

Ok so first time I saw this I laughed my arse off, but don’t get me wrong, I’m very into this!!!!

Like honestly, he looks a LOT like Jesus… if that’s what Jesus really looked like 😛 Normally guys just wear a black, grey or dark blue suit *in which you can never go wrong btw* but with this gala theme, guys HAD to wear things like this. This theme is something both girls and guys can take advantage of.

Dude, I’m gonna hang this picture on my wall 😂 Kidding!

P.S. That pink blouse looks like something I could wear 😛

Ok I have no idea what the eff she’s dressed up as, probably Mary.. not sure. What I mean is, she looks SO STUNNING!!!!

Priyanka can never do wrong, she always looks amazing!!! I love the velvet garnet dress, it fits her body really well!!! I also really like the lil hair waves showing at the front. I LUV the cape!!! I’m all about capes!!! 🤤🤤

I’ve never liked so many outfits in the same show/award/gala so much at the same time!!!

I hope you liked this post as much as I liked writing it, this was really cool! I hope you have a great day/night and rest of the week! Now I gotta go study he he he whatever..