I hope you’re all doing great! Dude, I don’t know how to start this anymore, it’s weird! Well hello I’m going to review some of the outfits from the Billboard music awards, enjoy!!!

Btw I’m sorry for posting this so late, I had exams and then there was a party day thing in my town and blah blah… Better late than never, right? As always, unlike last time, I’ll be reviewing 5 outfits!!! Let’s go!!

She looks like a fairy from the Maleficent movie!! *I love that movie btw* She looks really good! 😍 I like her dress color, the dress itself may be a little “corny” looking for me but it’s so her and she looks great in it.

I feel like I’ve already seen her wearing something like this, you know? Her shoes match the dress and I love that! They seem too high tho, that makes me nervous that’s dangerous cause look at her ankle, it looks so fragile!!! Gawd!!! 😬😬

I really love the makeup!!!!! I love that lip color, she looks really good in dark lipsticks!!! I also love the eye-shadow!! 😄😄😄 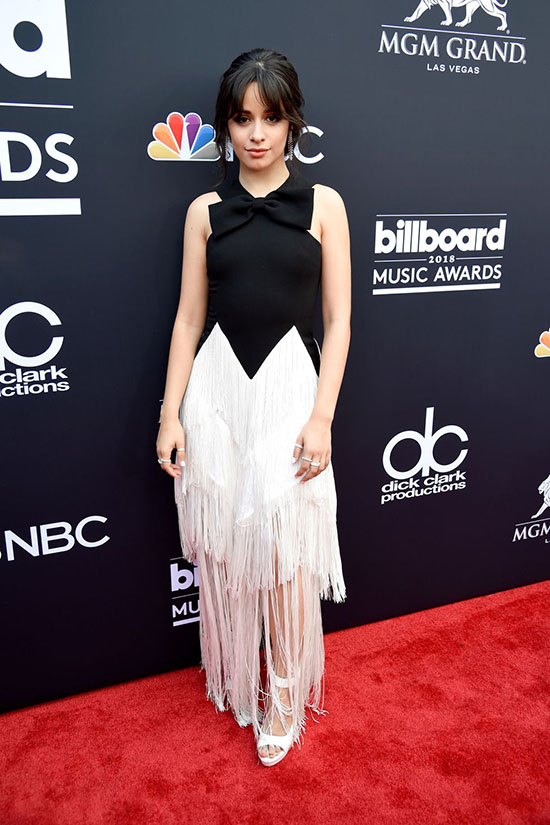 I love that. It reminds me of her music video for Havana *a song which I’m super obsessed with*🤤🤤. I love that it’s black and white, love the contrast!!! I also love the triangles *ma specialized vocab tho* that divide the two dress parts… Love it!!! 😍 I also love the bow she has on top!!!

Love the shoes as well!!!

Omg can we talk about the face?! She looks like she’s wearing no makeup!!!

Ok when I first saw her I didn’t know who she was, idk if it’s the makeup, hair, dress.. Idk.

I personally don’t love the dress, but what I do like is that it’s very original, I mean, it’s not something I’ve already seen, you know? I like that it’s over sized, love that trend!! What I don’t like about the dress is that the cleavage is almost horizontal (I wrote hornizontal by accident lol 😅), you know what I mean, like, you can see her shoulders and stuff. Never liked that.

I like her makeup, I love the eye shadow and the nude lips. 😄 I think she could’ve done more with the hair tho.

In general I dig it, yeah! 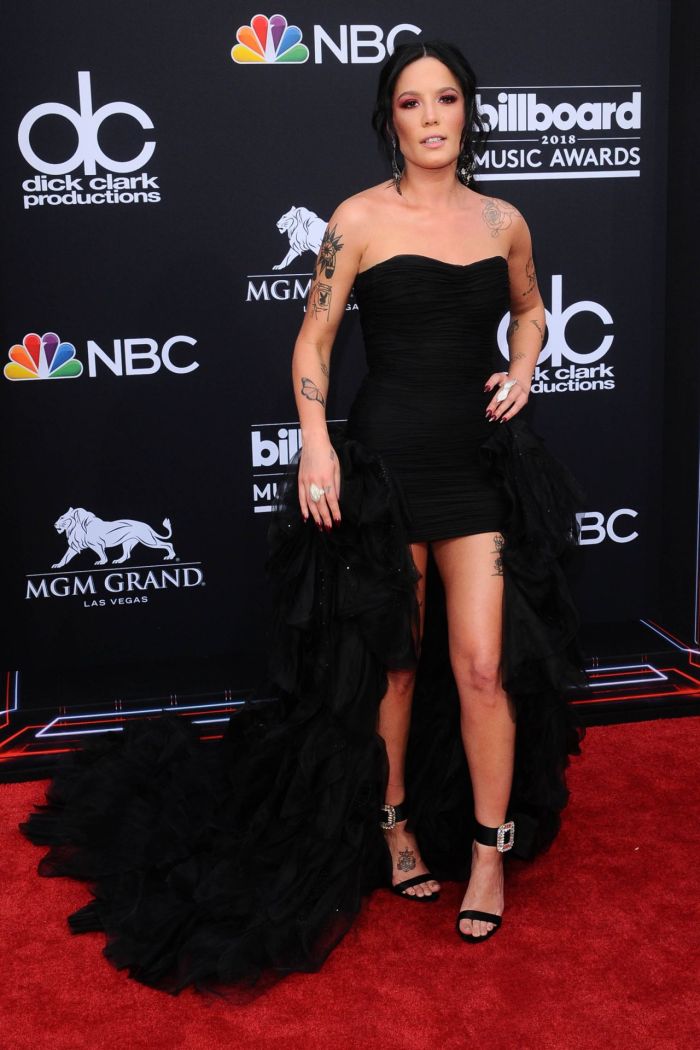 Omg I can’t stop saying how good this girl looks in black hair, she rocks it!!!! She also looks amazing in white hair, just as good, don’t get me wrong. Let’s face it, she looks good in any hair color. 😍 I’m not a big fan of the hairstyle tho, idk if it’s just the angle of the picture, idk..

I don’t hate the dress, I just don’t love it. I think it would’ve been cooler if it were a pantsuit under the skirt thing, idk. I like the shoes, I feel like the buckle was probably too big, they look like costume shoes even though they probably cost more than my town. 😅

I love the eye shadow, I love the black and the pink together, it looks amazing!!!!! I think it would’ve looked even better with some dark lips but it’s fine lol!!

I can’t help laughing looking at this, not because she looks bad, which she totally definitely doesn’t, but it’s just too much for my brain to handle. 😂

That’s genuine leather, right? I mean, she can afford it, but it would offend animal lovers 😅. Anyway, I like that the upper part is velvet, I love velvet. It’s velvet, right? I think the skirt cut is a little old fashioned, but she can totally make it a trend again so it doesn’t matter. I love those kind of boots, not the color, but I like them. 😊

I am in love with the fact that she’s embracing short hair, she looks so elegant in it, she looks amazing!!! It’s a little too light for me but she looks great!!! The makeup is also great but she doesn’t need it so 😂

This woman is also ageless, like, omg… It has nothing to do with this but I had to say it.

Wow, this saw short compared to my last review. I probably said few things about Camila, but don’t get me wrong, she was probably my fave. Yeah, I didn’t love the rest of the dresses. 😅

Which was your fave dress? Mine was Camila’s, as I said before. And least fave? Mine was JLo’s definitely. Are there any outfits I didn’t mention you liked? Tell meeeee what you think

I hope you liked this post as much as I liked making it!!! Now after this I’mma go eat, study and hang out with ma friends. I hope you have an amzing day/night and week!