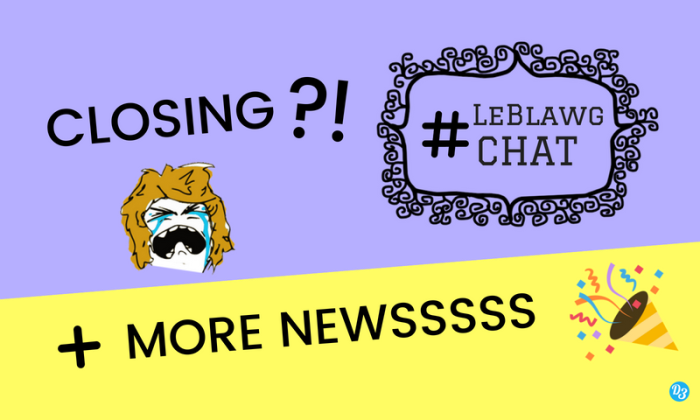 Hope you’re having a good day! So lately so today I’m not making a normal content post, but I’mma tell you some news yaaaaaaaaaaaay!

WAIT! Before you say anything, I’m not closing is like FOREVER, I’m just leaving it temporarily becasue I think I need to have a higher reach to make chats. I also must take into consideration I didn’t promote them too much. 😅😅

I had a lot of fun making the chats, thank you so much to everyone who has joined, it really means a lot you supported my initiative, I honestly can’t thank you enough.

I may go back to do the chats, sure, but maybe I have to meet more people on twitter so they join if they’re interested. idk 😛

The amazing Bella from TotallyRandom did me a feature post cause I was one of the people who participated in a contest she did on her blog. She said really nice things about me, thank you so much!!!!!! Here’s the post in case you wanna read it! She now started a new blog called The Everlasting Library and she’s known as Kerys now. 😜 She’s really funny, follow her!!!!!!

I did a poll both on instagram and twitter about what post to make. I was actually gonna make all of the posts anyway, but I thought it’d be cool to ask people what they preferred to read and make them participate, idk 😝

Here are the polls 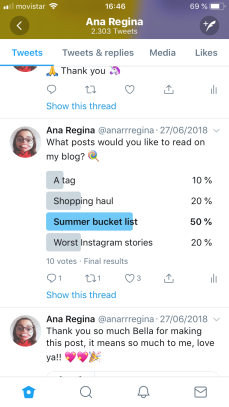 I get really nice comments all the time, but what I appreciate about this one is that this peep not only said what he liked about the post, but also did a very good suggestion. He commented on my most viewed post evarrrr by far, it was a Movie Review of Marrowbone, a scary movie. Here’s the link in case you wanna read it. 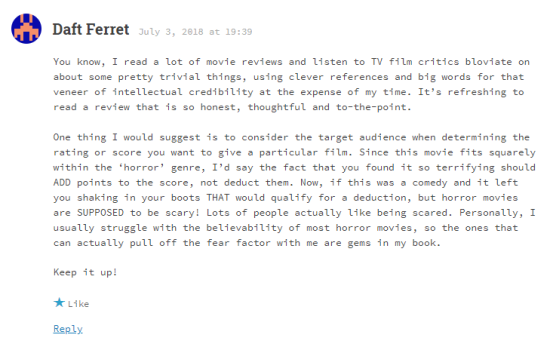 I agree that I should’ve not removed stars from the rating because the fact that it was scary should’ve actually added points. I also think with movie reviews I should write with a more proper English, but I also thought that the fact that I wrote it differently, would maybe make people interested, because it’s not something you see a lot. Thank you so much Daft Ferret, even if you’re most probably not reading this. 😊

Btw soon I’ll make a post specially dedicated to all of you nice comments, one of them might be yours! Stay tuned!!! 🎉

I would do the typical “Share your thoughts with me” paragraph but this is all about me and meh and you most probably don’t care. Well, I’ll do this: IF THERE ARE ANY POSTS YOU’VE WRITTEN YOU WANT ME TO READ, SHARE THE LINKS WITH MEEEEE ok that’s cool!

I hope you liked this post as much as I liked making it even though it was a little blah blah blah but whatever, I’ll make normal posts again. I hope you have an amazing day!