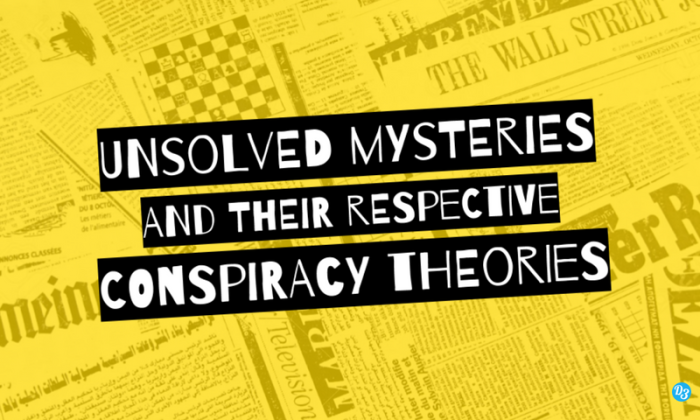 I hope you’re all having a great day! I am! I’m actually very excited for this blog post because I’m a really big fan of conspiracies and I’ve never talked about it on my blog!

I actually never really thought of doing it because I think there’s nothing I can teach you that the internet can’t, maybe summarize it, but not actually teach.

On December 4, 1872, a British-American Ship called the Mary Celeste set sail from New York to Genoa, on November 7, 1872 it was found empty and adrift in the Atlantic. No one on board was ever heard from again.

People suggest that to abandon a ship hastily, some weird circumstance must have had taken place. However, when they checked the ship, everything seemed to be under control. 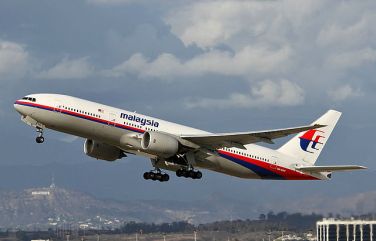 The Malaysia Airlines Flight 370 was an international flight operated by Malaysia Airlines that disappeared on March 8, 2014 while flying from Malaysia to China. It was lost from ATC radar less than an hour after the takeoff, was tracked again by a military radar for another hour and then it VANISHED 370 KM AFTER CROSSING THE ADRIATIC SEA!

The search for this plane has been so far the most expensive one in history of aviation.

Louis Le Prince was a French Artist and the inventor of the motion picture camera, being the first person to shoot a moving picture sequence using a single lens camera and a strip of film paper. Although he’s credited as the “Father of Cinematography”, his name didn’t appear to influence the commercial development of the cinema.

He was never able do make a public demonstration in the US because he mysteriously vanished from a train on September 16, 1890.

There are SEVERAL on this one:

This case is actually supposedly solved. His body was never found until 2003, when a group of police archive found a photograph of a drowned man who looked a lot like Louis Le Prince in Paris.

Actually all of this is a presentation I did for English class, we had to talk about things that weren’t our fave movies or celebs, which I think is a great thing because talking about ourselves is boring to the whole class. And I think it was great because it was also about history and not everybody knows about these incidents.

Also because I’m lazy and that content was already done, I just had to put it in here and adapt it. Even the title image of this post is the over of the PowerPoint presentation.

I had thought of doing this before, but then I thought it wasn’t really something I used to do, for some reason that pushed me back, but then I read this post by Ath3na *which you should totally check out* in which she talked about her favorite conspiracy theories.

Had you heard of these mysteries? What do you think could’ve have happened? Do you like conspiracy theories? Do you know any other case like these? Tell me in the comments, I wanna know!

I hope you liked this post as much as I liked making it, I’m totally making more of these soon! I also hope you have an amazing day/night and an amazing res of the week!

28 thoughts on “Unsolved Mysteries and their Respective Conspiracy Theories”