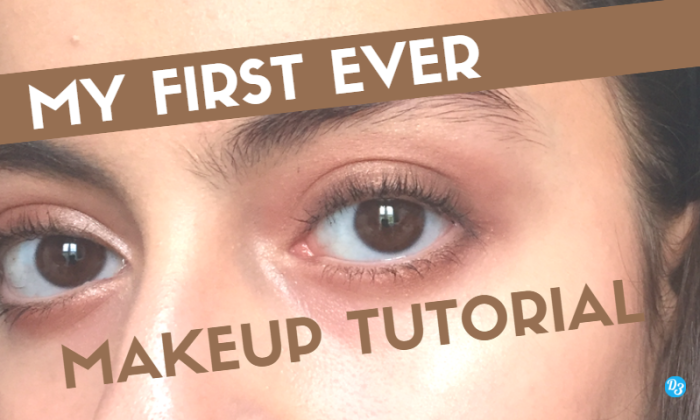 I hope you’re all having a great day! So one thing I’ve been wanting to do on my blog for a long time was makeup! I didn’t really know how cause dis a blog but I thought, why not?

I also thought maybe you’d like it, idk! I thought I could try something new. 🎉

I don’t actually do makeup a lot, specially cause I never wear makeup to go out, I’m 15 and not famous, I also think it  would give me more pimples and literally I’m just young and too ahy to wear it, let’s be honest. Oh! And it makes you look older. 😊

Actually I’m not gonna do a full face makeup tutorial cause I can’t show my face *coughs* my parents don’t let me until I’m 18 *coughs* But I’ve already shown my eyes before so I thought of doing an eye makeup look! Right?

How I do my eye makeup | First makeup tutorial:

BEFORE YOU READ: Sorry if the colors aren’t so good, you could probably tell better in real life, maybe sometimes it’ll be hard to tell the colors I did and where I did them. I hope to get better at this with time.

Also, I may seem a little angry in the pictures, my eyebrows are just like that, don’t worry 😅😅

So this is my eye without makeup, I think I had done like a base with concealer or something, cause my veins show a lot in many parts of my face 😜 If you can’t tell my veins, I did it!

After that I started doing the outer corner of the eye, I used a dark brown, to make a bit of a smokey look. Omg I sound like a fashionista 😂😂 Ok I just started to cringe

Then I did a less dark brown tone next to it, towards the inner part. Does that make sense?

Then I did an even lighter dark on the inner part. It’s like I divided the eyelid in 3 and did 3 tones. I obvs then blen 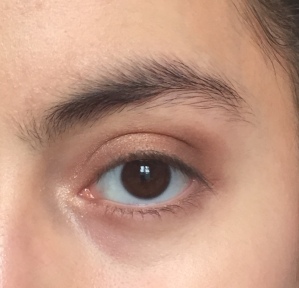 ded it all together. 😛

Next thing I did was to add a little bit more of pigment and obvs do the same gradient on the bottom of the eye. I also added a very light color on the inner corner of the eye, I don’t know why people do it, but I did it. I guess it makes you look more awake, though I look sleepy in this one so it probably didn’t work 😂😂😂

I also added the light shade on the top, just below the eyebrow. Gosh I don’t remember the name of that bone and I don’t wanna guess cause there’s so many bones beauty gurus mention in their tutorials 😭 😭 😭 *definitely gives up*

As I said before, makeup makes you look older, so something I noticed that makes you look younger *I’m not actually sure, I just think it looks good* is adding a bit of pink in the middle, like JUST between the eye and the bone, to make you eye POP when you raise your brows! Idk, you can probably not tell in the picture. I opened my eye so you could see it better though. 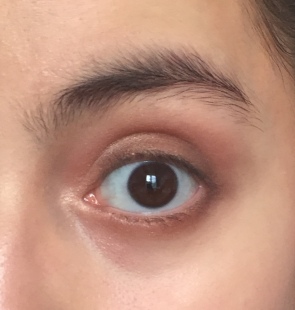 And last thing I did was mascara! That concludes the tutorial!!! I don’t do liner not only cause I’m still practicing, but also because it makes you look older and you can’t tell the mascara so much, which I absolutely LOVE so I just can’t do that to mascara!!!

I didn’t fill in my brows or anything, I just brushed them, I just can’t find the right eyebrow colors and I’m really bad at them anyway, it just doesn’t look right.

So since a week ago or so *probably more* I took pictures while I did a makeup look to make this post! I posted it on instagram as a sneak peek! psssst, follow me btw! You guys seemed to like it a lot which I’m really happy about! Also my irl friends seemed to really like it!

I wish my crush could see it…what? who said that? 😅

It wasn’t THAT professional but I’m really happy with the result considering it’s my first makeup tutorial. PLEASE LET ME KNOW IF THERE’S ANYTHING YOU WANT ME TO DO NEXT!

Did you like the look? Did you not? Was my tutorial helpful or anything? Do you think there’s anything I missed? Do you do your brows? And liner? Do you wear makeup often? Tell me everything!!!!!

I hope you liked this post as much as I liked making it, it was really cool! I hope to be doing another one soon! I hope you have an amazing day/night and an amazing week!

38 thoughts on “My First Ever Makeup Tutorial”