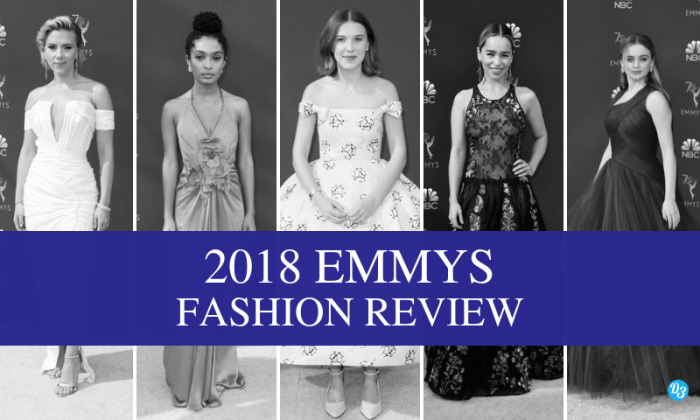 I hope you’re all having a good day! I am! I know it’s been days since the Emmys happened, but I had school and I wake up too early *cries* and I have to sleep early so I couldn’t… 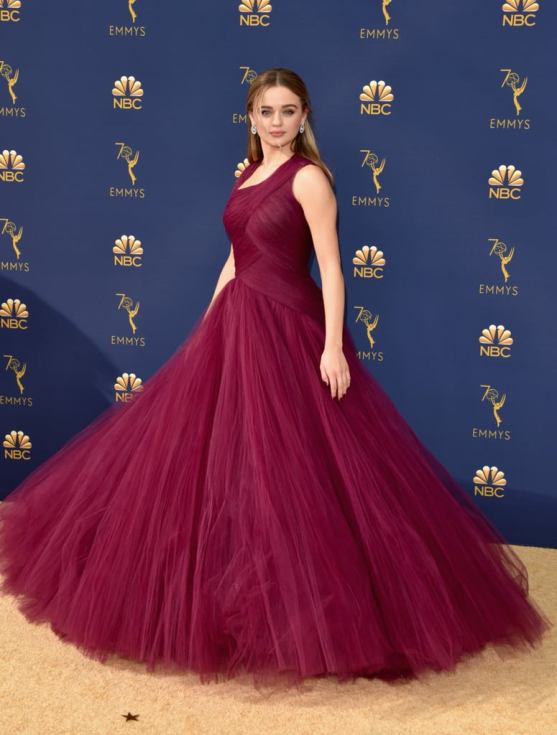 I’m not the biggest fan of this dress, though it fits her perfectly and I think it does her a really good… upper part of the body? No, I’m not even kidding, she looks really good!!

I love that dark cherry color or something, I just don’t really like in in this dress because it’s like really dark and I don’t know… I’m just not the biggest fan. I also don’t like the lower part, it looks like a massive tutu, I don’t know, I think it looks like those tutus you can buy at Claires but like longer?

I love the makeup even though I can’t really tell she’s wearing it. She’s very pretty and I think she knows it 😛😛 I like the hair cause it’s straight, but I don’t like it when they leave hair pieces at the front.

She looks really good, it’s just I’m not the biggest fan of this look.

I like the color of the dress and the fabric, it seems to have a really cool touch. But I’m not the biggest fan of the design. I mean she look’s really good in it but I think the flowers *are those flowers?* at the front, right where her belly is, are not the most flattering thing ever. 😅 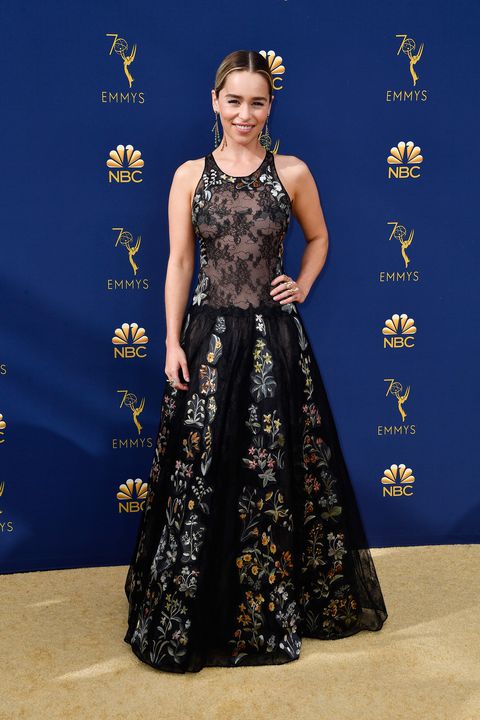 Ok so when I saw her in this picture I honestly almost didn’t recognize her because her hair is up and maybe the smile, I usually see her with a serious face in movies 😂😂

I don’t hate her dress, but I think it’s really weird. Like, I don’t really think the upper part and the lower part match at all. Don’t get me wrong, I like the pattern, but why didn’t they use that pattern for the entire dress?

What I like about this though is that she’s not showing like cleavage or showing too much. Few people wear things like that nowadays. She also looks comfortable in it!!

She’s wearing very subtle makeup, which I like, you can barely tell she’s wearing it!! I like that her hair is up with a middle partition. I just don’t like her blonde locks, I think she don’t match her black hair too much. Idk, I don’t really like that contrast. 😅 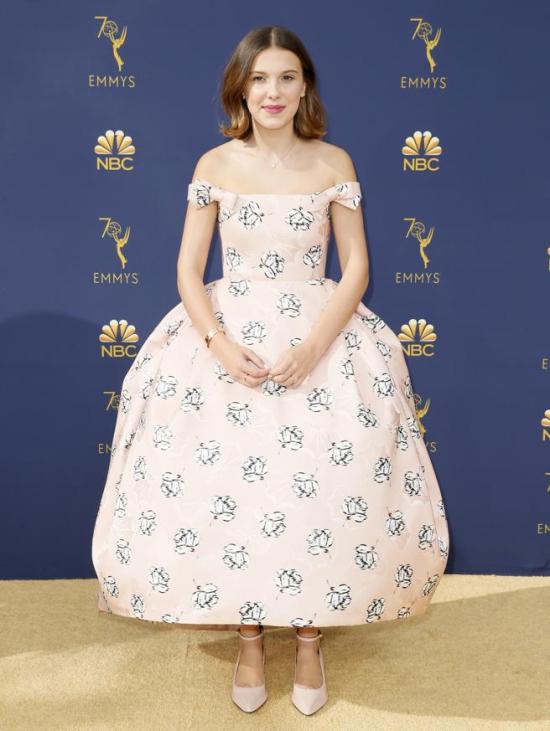 Millieeeeeeee!!!! She looks very classy! I like the pattern of the dress and the color, I just arghfldfbjkvld 😩 *cries*

I like that it’s very like, domed?! I don’t know, that’s what google translator said 😅😅 id it looks like a balloon and I really like it!! I don’t like that the straps of the dress are on her arms, I think it’s very pointless 😂 I always wonder if the dress falls off at some point, huh

I like that she’s wearing little makeup, she looks more natural that way, she looks great!!! I like her short heair as well, it looks like she just brushed it and went like: there you go!

Last but not least Scarlett Johansson! She looks very good!

The dress isn’t something I would wear, but she looks amazing in it, it makes her body look stunning!!!!! 👏👏 Again, I don’t understand the purpose of her arm straps? I also like the cleavage, which I think I didn’t think I was gonna say, if that makes sense? 😂😂 Yeah you read well. 😅

As always, I think the shoes look uncomfortable.

I like the hair cause it’s put to the back and I always think that looks great!!! Again, love the short hair!!!! 😍 I love the makeup too, I don’t think it matches the dress so much, I think she would wear something more natural with it, but I love it!!!! She killed it!!! 😊

Did you like my review? Which was your fave look? Mine was ummmmm I don’t know! I didn’t really love any of them this time 😅 And least favorite? Mine would have to be Yara’s or Emilia’s. Are you excited for the next award? I am!!!! Is there anyone I didn’t mention you liked or didn’t like? Tell meeeeeeeeeeeee

I hope you liked reading this as much as I liked making it!!! Sorry again for taking so long! I hope you all have an amazing day/night and and an amazing week! See ya next time!