I hope you’re having a great day!! I am, why not? So last month’s over *lol that made no sense* and it’s time for another Dreams of the month post!!! Yaaaaaaaaaaay

Ok so as always, I’ll be sharing some of the dreams I had over last month, which I wrote on my dream journal. Let’s go!

I dreamed I was going out for a walk in my town, so one of my neighbors was some meters away. And because idk, that felt awkward, I decided to go back home. So I turned around and made my way home. So some seconds later, I looked back to see if I could see him or not, and he was going back too? That was hella weird. So I kinda ran home.

I dreamed me and a friend of mine were in school and we were going to the secretary’s room and she was going to do a doctor appointment there? What? So I told my friend: so tell the doctor and whatever…

So she was just there, sitting, she didn’t say anything. I mean, what? She was sick, why wasn’t she telling the doctor anything?

I dreamed I was at Primark with my mum and we were buying stuff for the summer *in winter lol* and she saw some sandals that were like palm trees and they were really cute!!! 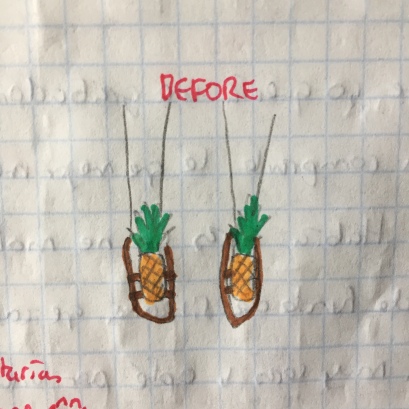 So I tried them out and some time later, they like turned into a bikini bra and it was pretty uncomfortable, cause my nipples would be easily out! 😱😱 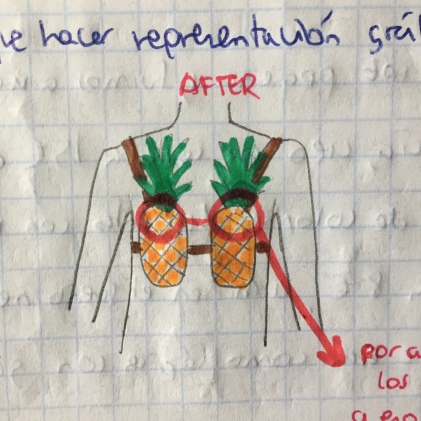 I was at a restaurant with my parents and we were talking about illnesses and then my parents were like, well, Anna, you also have an illness.

For a moment I thought about PCOS, which I do have in real life, *here’s a link for you to find out what it is in case you don’t* and then my parents were like no, and I thought OMG! I forgot I had cancer! What? Ok I don’t ave that in real life, but I had it in the dream, apparently. Supposedly I was told, but like didn’t think about it and forgot.

So in the dream things came to mi mind like: dude, I wanted to have a bright future, I want to be famous, get a lot of money, all of that stuff. And I realized all of those things are sometimes taken away and you don’t even have a choice, cause those opportunities are gone too soon, you know?

Thank god I don’t have that, I hate that illness, no one deserves to have it.

What are your thoughts on my bra lol? What if a neighbor was chasing you? Do you know of anyone who has freezed at the doctor? Have you ever dreamed of like being sick or like dying or something? Tell meeeeeeeeeeeeeeeeeee

I hope you have enjoyed reading my post as much as I liked writing it!! I’ll see you tomorrow with another post! I hope y’all have an amazing day and an amazing week!!!