I hope you’re all having a great day! I am, why? Today’s a very special day because I’m gonna tell you something I’ve been wanting to share on the internet for a long time, yaaay!

Synesthesia is a neurologycal condition caracterized by the overlapping of the senses. When a person whith synesthesia is experiencing a sense, often that sense triggers another.

For instance, some people “see” color when they listen to music or people’s vocies, or just any sound. Other people experience different tastes when they hear words or touch things. The most common one is associating letters and numbers with colors.

For some people this is more vivid than for others.

You see I did different colors for each word in the title? That’s because in my brain those words have those colors.

This is, according to research, though people are still not sure, due to synapse (neuronal conections) between the areas of the brain that process senses. During the embryonic development, there’s a phenomenon called synaptic prunning, in which a lot of connections in the brain are lost, mainly because these connections aren’t neccesary to improve  the efficinecy of the brain and save energy.

The thing is, maybe the connections between sensory areas maybe aren’t prunned back. This is just a theory, there are more, like maybe the brain of someone with synesthesia’s brain doesn’t inhibit the communication between these areas. 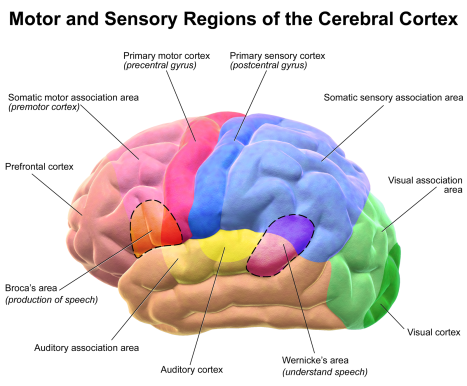 Is it an illness?

It is a condition, as I’ve said before. However there’s still a debate on whether it is or not. It doesn’t neccessarily have any advantages *other than experiencing the world in a really cool way* nor dissadvantages. Most scientists say it isn’t an illness.

Let’s talk about me now:

I first heard about synesthesia in a Clevver video talking about celebs with weird conditions *link here*. They talked about Lorde and the fact that she had synesthesia. I didn’t relate to the definition they gave it, cause they said she saw colors, which is kinda true, but I believed she saw them literally, so I was like: I obvs don’t have it.

But then last month, I was watching an interview to Billie Eilish on the Zach Zhang Show *link here* where she talked about her synesthesia and how people with synesthesia have a color for every day of the week, for numbers, letters… She was talking about how 7 is yellow in her head. And I was like: What? 7 is orange!

And that’s when I found out not everyone had this.

It is really cool to find out there’s this thing in your brain that makes your perception of reality different from the rest. I just don’t imagine being in class without seeing numbers and letters without color. I don’t.

Many famous people have and had this, like: Marilyn Monroe, Lady Gaga, Mozart, the author of Lolita, Kanye West, Pharrel, Charli XCX… Oh, and like I said; Billie and Lorde. And many more.

I’ll tell you more about Synesthesia and the types that ther are, also I’ll tell you the types I have and how it feels in another blog post. Yaaaay, I have a new blog series!!!

I hope you liked this post as much as I liked making it! I’ve been wanting to tell you since the very day I found out! I hope y’all have na mazing day and an amazing week! See ya soon!

27 thoughts on “I Have Synesthesia, What is it?”