I hope you’re all having a great day. So I don’t know if you know, but Cameron Boyce died on Saturday the 6th of July. Yep. I hate that I’m making this blog post cause I can’t believe it.

I don’t know how to start this .

Some of you may know Cameron was my crush around 4 years ago. I said it very few times on my blog. I started crushing on him when I was 9 years old, I fell in love with him on the second episode of Jessie, the Disney Channel series he was on.

I crushed on him for almost 3 years. I kind of got over it when I fell in love with the hot teacher.

I mean, 3 years is a long time. I obvs didn’t know him at all, I just loved his face, and his voice, it was really nice.

I remember exactly when I started liking him, it was the second episode of the series and it was this scene in which Mrs. Kipling (at that time Mr. Kipling) slapped Luke in the face. I loved how his face looked to a side. He was really cute.

I wanted to make a gif of that scene, but I’ll show you the episode. It’s not in english, but it doesn’t matter. Go to minute 13:40. That’s the slap moment.

I used to cry a lot. I liked him a lot and I really wanted to meet him. and obviously I couldn’t, so that filled my lil brain with frustration and made me cry.

I wanted to go to the USA, meet him and marry him. I was super sure I was gonna do that. I was gonna move at 18 and make that dream come true. But to meet him, first I needed to speak english, so I started learning english on the internet.

Thanks to him I speak English the way I do. I’ll never forget that.

I’ve said many times here I want to be rich and famous. And also I have thought many times around the past year that I wanted to meet him at some point and thank him for inspiring me to leanr english, and that I couldn’t have done it if it hadn’t been for him. It’s really frustrating I’ll never get to do that.

I mean, I don’t know when I’m gonna die anyway, but let’s not make this more depressing.

You know when it hurt me more? When I saw pics of him when he was little on instagram. Just the thought of that lil kid dead made me really sad. This is the picture that made me the most sad: 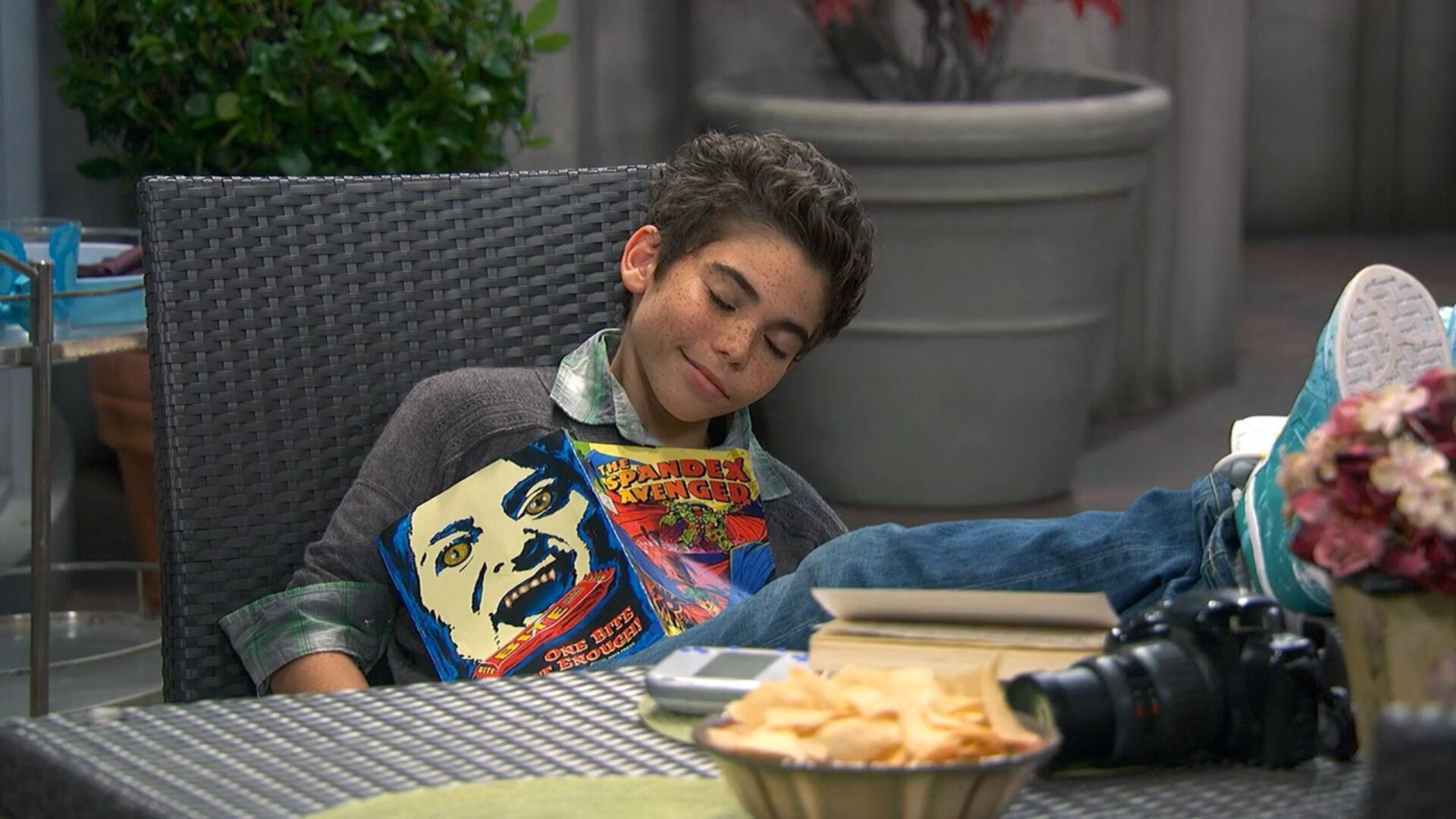 Maybe it’s because he’s “sleeping”, I have no idea. I mean, think about it, that kid in the picture is dead.

Many times yesterday I’ve thought: “Did they not give him electric shots in the hospital?”, “Are they sure his heart wasn’t beating?”. Things like that. It made me think a lot about how after a certain period of time people can’t go back to life.

We would need a miracle. But honestly I think he needs it. It’s just not fair.

How did I find out he was dead? Well. I checked my DMs on Insta and one of my friends sent me a screenshot in which #CameronBoyce was trending topic. He said he was really sad and couldn’t believe it. I thought he was getting married or something, which would’ve been a much happier thing to hear.

But then I received another DM from another friend to said and I quote “Cameron died”. Like that. Simple. As. That. I strongly hoped it was fake news. That phrase sounded like his heart just stopped, like he had been an elder. Or like he went on a car accident. But he died from a seizure from an illness he apparently had, which we have no idea about and he was being treated. He died at night.

I still can’t believe it. Why him?

I alreayd told you how I crushed on him, how I found out, what he inspired me to do, how I feel… I tink that’s all. I have no more words.

I love Cameron. Obviosuly not the way I did at the beginning, but he always had a place in my life and my thoguhts and attachment. I’m sad about his death and I’m sad that I’ll never get to thank him. He was amazing.

I hate saying RIP but he deserves it. He deserved better. I hope he’s going good wherever he is. I hope heaven exists just so he can be there and live longer.

I made a tribute to Avicii last year and now another one to Cameron this year. I hope this doesn’t become a freaking tradition. I wouldn’t wanna make more. These posts aren’t fun to make.

I hope you, liked this post? I have no idea. I hope you’re doing good, hope your family and friends are good and I hope you’re a happy person. Have a great day/night and week.

4 thoughts on “A Tribute to Cameron Boyce”