I hope you’re all having a great day! I am! I’ve actually watched this movie e of the last days of december butttttt I couldn’t post it until now, so here we are, it’s been a while

A while since the last movie review. Yeah.

And today we’re gonna review another one!! Yaaaaay!!!

SPOILER ALERT! You must know there’re gonna be spoilers throughout this review, not only am I bad at telling you what happens in movies without spoiling them but also I like telling spoilers cause it makes me feel intelligent lol so yeah, there’s that. Enjoy! SPOILERS ARE IN RED

So the EMPIRE is killing it as always because they’re so cool but also PALPATINE IS ALIVE ? And not only that, but also he wants Kylo Ren to take her to Palpatine cause somehow he wants to “die” with both of them in power or something?

Context: He’s dead, but not really. He’s like a sort of living zombie. He’s not dead, but not exactly alive. He actually doesn’t want to give them the power, he just wants to take the power those 2 have to be the only rules and blah blah, but that has to do with the end.

So basically Rey and Kylo spend most of the movie fighting through telepathy as they’ve previously done in other movies and also on a trip Rey did with her friends to a planet where the destroyed death star was, she fought with Kylo Ren in person.

This is where does down: Leia wants to call his son to the good side, so she uses all the energy she has left in her body, gets in his mind, says hi and dies. This makes Kylo become nice old Ben, but because he was fighting with Rey when his mom did that, Rey stabbed him with the light saber. But you know what? She knew what was going on, so she regretted it and cured him. And then she left. And Ben was super shook about it all obvs.

AAAAAAAAAAAND because she saved him and also his mum is dead, FREAKING HAN SOLO appears in the movie!!! Obvs he appears like a memory in Ben’s head and talks just a little, but HE APPEARS and that’s what we needed. There you see Ben regrets having killed him and blah blah….

Also in the mission Rey’s friends were going they found out GENERAL HUX was a the freaking spy of the empire who also kinda saved their lives and he massively failed to keep doing his thing cause another general found out and killed him.

The whole resistance fights the whole empire, and like not even the resistance, but pretty much everyone who can, they were A LOT!! They had to fight a massive army Palpatine had put together.

Ooh, ooh, I forgot, REY IS PALPATINE’S GRANDAUGHTER!!!! Her parents sent her somewhere where Palpatine would never find her to protect her, and then Palpatine killed them lol 😂 i mean how sad

So she went to Palpatine’s… – i have no idea, the place where his throne was – to fight him, and then Ben went there too to back her up and then Palpatine “killed” bot h taking all their force energy, the scene kinda looked like when Palpatine and Darth Vader were fighting to death.

And then Kylo kinda woke up and then Palpatine threw him away and then Rey woke up and was weak af, but then all the death jedis (all jedis) backed her up and she beat his ass and then died. Then, Ben came back – weak af also – and revived her, then they kissed and he died. 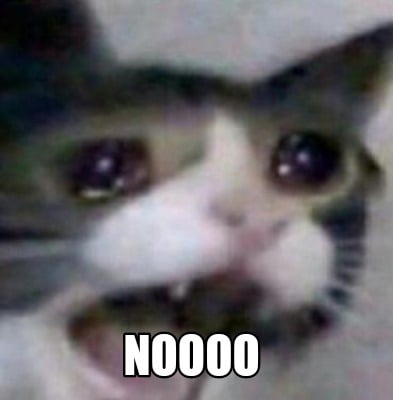 Don’t tell anyone but I almost cried cause I wanted them to get married, live by the beach and have 3 kids.

Oh yeah, the empire lost, the resistance won and Rey went to this planet where no one freaking lived to live there forever, supposedly, and an old woman asked her name and she was like: Rey. And the woman asked her last name and Rey took a moment to think and said: Skywalker. So she’s now adopted.

She finally turned out to be  skywalker, as a lot of people had conspiracies about 😂

I liked it, totally. I LUVED the fact that Palpatine cmae back, he’s a very epic character and by far one of my favorites, so I’m back Mr Chancellor Palpatine went back!!!

I also really liked the fact that there was a big fight taking place in the death star, or what’s left from it. Also I loved that Han Solo appeared, even if it was in Kylo’s head. Omg I didn’t mention it before, LUKE ALSO APPEARS!!! I mean, he’s the boss of the place, he had to be there. And obvs he appears in ghost form to talk to Rey.

The sort of romance Rey and Ben had going on was kind of predictable, having watched the previous movies, you know? However I didn’t think they were gonna end up kissing, don’t know why.

It wraps up the trilogy very well, it explains a lot of things, also there’re a lot of things that no one would’ve expected, and I love that. It however kills a lot of people, but it’s fine, after the people who were killed in The Force Awakens *coughs* Han Solo, who died stupidly *coughs* nothing can be worse than that.

I didn’t like the fact that all dead jedis came together in favour of rey and all those super powerful people beat Palpatine and ok, they did, but Rey died?? Are you telling me Palpatine is almost more powerful than all of them put together? Yeah, ok but why? Because he’s bad? That’s not a good reason.

To give it more drama and epic-ness, ok but still not fair

I was gonna give it a 4 star rating, but then I was like: ok Ana, how do you justify that? Also, who am I?

I hope y’all had an amazing day and an amazing week! If you’re not in school yet, which I highly doubt, I envy you. I hope you liked this post as much as I did!!!I’ll see you next week!

May the force be with you,
Ana Regina 🦄